Our world is gradually approaching its image from the vision of the future shown in recent films. The dependence on computer technology and intelligent systems has become absolute, taking over all aspects of human life. Moreover, data on a global scale is growing exponentially. Between 2010 and 2020, the amount of information that needs to be stored increased 50 times. The number of servers increased accordingly. For example, Google and Amazon claim to have millions of server stations serving users around the globe.

Jack Ma, the famous founder of Alibaba, once said: "Data is the new oil." Information is expensive today and can already be considered as a valuable raw material. This is especially true in relation to data-processing cloud services and other technologies. Naturally, valuable information needs to be protected.

Why is Cybersecurity Important? Information security in its evolution has resulted in cybersecurity. Cybersecurity is responsible for ensuring the protection of the personal data of individuals, the Internet of Things, and information that circulates within corporate networks. Loss or disclosure of information as a result of theft or leakage will inevitably result in losses, and, worst of all, in reputational risks.

Here are some examples of data breaches that have occurred over the past 10 years:

Every year we observe global data leaks, which open up access to confidential information of millions of people and companies. Thus, in February 2021, it became known to the whole world that the login data of 3.2 billion users of Gmail, Hotmail and other mail services had leaked to the network. This caused a public outcry.

The security systems of companies like GitHub, YouTube, Skype, BitTorrent, WhatsApp and many others are constantly being hacked. Data leaks occur not only in financial institutions, government agencies and private companies, but also in the seemingly more protected military services. Thus, hackers periodically break into the systems of the FBI, CIA and defence ministries of various countries. The European Parliament, the International Olympic Committee, and the People's Bank of China are also listed among the victims.

Illegal data acquisition methods extend beyond online sources. Insiders and hackers also capture video and audio messages, communication channels, text messages, paper and electronic media, photographs and other sources of information. Even the trash cans of companies can be used by criminals as a source of valuable information. Theft and loss of gadgets - laptops, smartphones, tablets, etc. - has become a common problem.

An online survey of top managers of companies, conducted from July 6 to August 24, 2021, showed that cyber threats are a real problem for most companies. Of the 600 CEOs who are the top management of companies with revenues of more than $ 500 billion, 69% said that cyber attacks increased significantly over the past year (from the second half of 2020 to May 2021). 72% of respondents told about the committed cyber attacks, and last year alone, there were from 1 to 10 such cases. 19% of such cyber incidents resulted in a drop in stock prices on the stock exchange. In 22% of cases, theft of intellectual property took place or almost occurred.

What is the most valuable data?

It is known that on the Darknet anyone can purchase any amount of personal and confidential data, including:

Most valued is the account data of the owners of domains, sites, and other network resources. Many Internet entrepreneurs face the problem of losing access to their own Internet resource and then have to pay scammers for the opportunity to regain administrator rights on their website, or for returning a product or a customer database.

Even for the thieves themselves, such data may cost a round sum of money. Some of the data "useful" for them may be gone to the highest bidder for 100 and even 500 thousand US dollars.

User data for accessing file sharing sites costs about $ 1-2 per pair (login and password). Such data is sold by the dozen. Selling access to social media is also popular. Using such data, a cybercriminal can take out loans or register fictitious businesses.

The value indicator is unstable and changes quite often. Moreover, the first sales of data are more expensive; when resold, its price can drop significantly. Some short-sighted users may give secret information to hackers who call under the guise of a bank employee or a survey taker. Another important mistake is using the same login information for social networks, mail, messengers, etc.

Healthcare data of patients is becoming increasingly popular. According to a study by Kaspersky Lab, in 2019 and 2020, people's medical information has become more valuable than financial and banking information.

Data obtained from databases of hospitals, clinics, testing centers, etc., can be used to blackmail relatives and the patients themselves. The actions of criminals can lead to distortions in medical records, misdiagnoses, and, accordingly, incorrect treatment.

The Abbot Company, which manufactures and sells hundreds of thousands of medical devices around the world, was forced to improve and update the software on 465 thousand cardiostimulants in 2017. Having gained access to them, the hacker was able to change the heart rate of the patients. MRI, X-ray machines, mechanical ventilation, medical research systems and other equipment are also at risk.

According to statistics, 91% of cyber threats come from corrupted employees, another 8% are committed by intermediaries, and only 1% by hackers. Moreover, hacking a username and password usually takes not minutes, as shown in the films, but several hours. Typically, when creating a login and password, users use personal data such as dates and names.

In September 2021, Kaspersky Lab published a list of the most frequently used methods of corporate cyber attacks. The first place was occupied by password guessing (brute force method), which was used in 32% of cases. For comparison, in 2020 this figure was 13%.

According to Kaspersky Lab, this is primarily due to the massive switch to remote operation during the pandemic. In theory, such attacks are easily detected, but in reality, they are rarely stopped in time.

The second popular technique is exploiting company vulnerabilities. It accounts for 31,5% of cyber attacks committed in 2020. Cybercriminals take advantage of known, but unresolved, gaps in corporate information security. According to Kaspersky team, these include CVE-2017-0144, CVE-2019-11510, and CVE-2018-8453.

More than 50% of incidents were discovered by IT security specialists in the early days (55%). In the first hours, 18% of attacks were detected. Some of the attacks lasted longer than 90 days.

The largest number of affected companies were registered and operated in the territory of the CIS countries. Globally, theft of money here accounted for 67% of cases, and the loss of important data - 57% of cases. In 22% of cases, password-guessing programs were used.

Kaspersky Lab on how to solve this problem:

Statistics from CISA and other companies

According to the report, the most frequently used method was obtaining phishing links (49% of incidents). Attacks on vulnerabilities in applications accounted for 11,8%. Fake attachments took the third place, accounting for 9,8% of cyber attacks.

According to the Positive Technologies, in 2020, there was a record number of attacks on industrial enterprises. Compared to 2019, the number of incidents increased by 91%. The company’s press center also reported that malware was used 54% more often than in the previous year. Medical institutions were the most attacked by the codebreakers.

According to the Trendo Micro data from February 2021, in 2020, on average, 119 thousand cyber threats were identified every minute by its products. Remote employees and network infrastructure were the most attacked. In total, the number of cybersecurity threats increased by 20% and exceeded 62.6 billion cases.

Home networks have also experienced a large number of cyber attacks. Using them, crackers tried to gain access to corporate resources. They also hacked IoT devices to create a botnet.

As cybercriminals are on the rise, business owners need to prioritize and focus more on cybersecurity in order to mitigate risks. The increased threat and the synthesis of technological knowledge have led to the increasingly larger role of employees responsible for information security. The events of 2020 resulted in the fact that in the US, the number of information security directors at the beginning of 2021 increased by 10%. Technology is advancing rapidly, so it can be concluded that the importance of cybersecurity will strengthen accordingly.

Was the article useful to you?
The safety of your business can work as a system that increases productivity
Answer Yes No
Corporate cyber threats
Order an express audit of your company's security systems

We will help you evaluate actual benefit of the security system 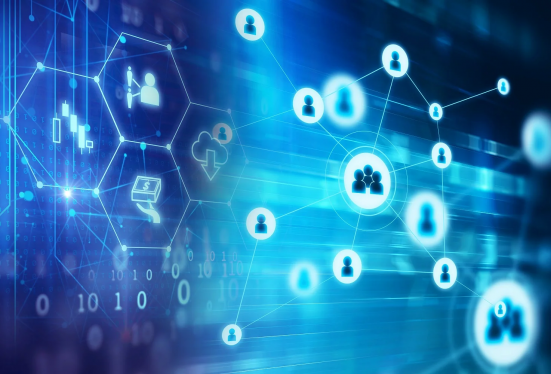 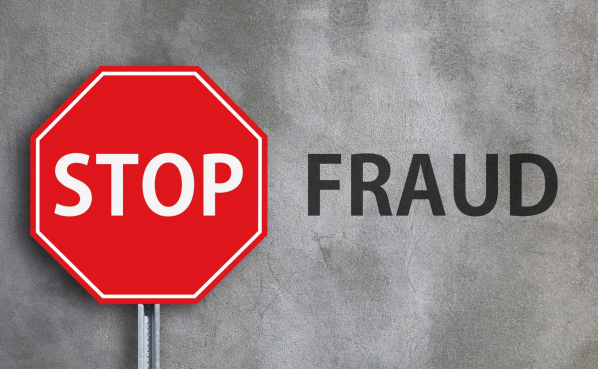